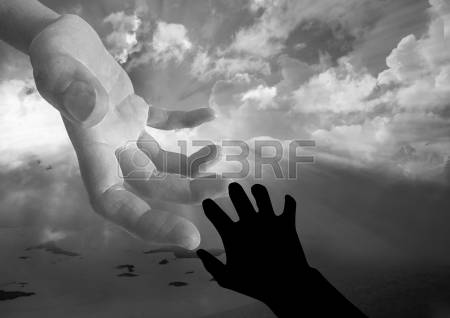 It has been the way of thinking of the “old” that only Jews can be saved and that the salvation was intended only for their race. If you notice the early times of Christ, the Jews had no social or religious dealings with the Samaritans because they regarded them as having departed from Judaism. “The hatred between the Jews and Samaritans was fierce and long-standing. In some ways, it dated all the way back to the days of the patriarchs” (https://bible.org/illustration/hatred-between-jews-and-samaritans).

The God we are worshipping will not save a man simply because he is a Jew, or because he is famous, or because he is prosperous; nor will he reject a man because of his education or race or characteristics. All people, of whatever condition in life, will stand before God as equal; and is entitled to the same privileges. God regards men today, not on the basis of their skin or nationality but on whether they are faithful and obedient to His will.

Romans 10:12 says; “For there is no distinction between Jew and Greek; for the same Lord is Lord of all, abounding in riches for all who call on Him.” Barnes’ Note on the Bible says; “For there is no difference – In the previous verse, Paul had quoted a passage from Isaiah 28:16, which says that “everyone” (Greek, πᾶς pas) that believeth shall not be ashamed; that is, everyone of every nation and kindred. This implies that it was not to be confined to the Jews”(http://biblehub.com/commentaries/romans/10-12.htm). Here the word “Greek” is made to stand for all not Jews. And in verse 13; “for “Whoever will call on the name of the Lord will be saved.” Dr. Taylor says; “Believing in Christ, or God, Romans 10:11, and calling upon God, Romans 10:12-14, are in effect the same thing; as calling upon God necessarily connects and supposes faith in him: and he who duly believes in Christ has such a sense of his dependence upon Divine grace, that he looks unto God and trusts in his power and goodness alone for happiness: which is the true religion of the Gospel” (Clarke’s Commentary on Romans 10:13/http://www.godvine.com/bible/romans/10-13). All may be “one” in Christ, and fellow-heirs in the same body, through obedience to the same gospel. (Romans 1:16-17).

We have to know that God desires everyone to have the hope of Salvation. However, it is a sad truth that not all people are or will have it. Our Maker has put conditions upon that salvation. We too must first imitate Him as – “He learned obedience by the things which He suffered. And having been perfected, He became the author of eternal salvation to all who obey Him” (Heb. 5:8-9). The simple truth is that there are just people that do not want to obey God’s will. God wants them to be saved–and they can be saved, but they have to turn from sin and keep God’s commandments. “Blessed are they that do his commandments, that they may have right to the tree of life, and may enter in through the gates into the city.” (Rev. 22:14).