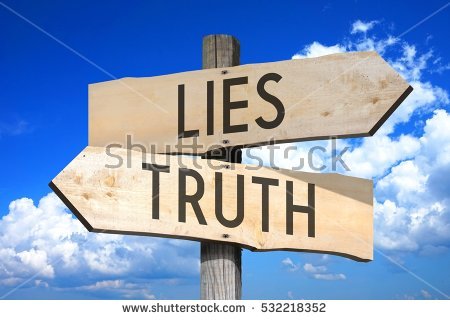 Many times if not sometimes Christians are afraid of being ostracized for being different from the crowd. Truth has been kept and will never be revealed but rather we see Christians join the world and compromise the truth for fear of criticism or left alone. Others say, “we have already been this way and there is no way to undo it.” What is the truth? In John 18:37-38, when Jesus was put to trial, Pilate asked: “What is Truth?” Jesus answered, “For this reason I was born and have come into the world, to testify to the truth. Everyone who belongs to the truth listens to My voice.” King James translation says “everyone that is of the truth heareth my voice.”

Pilate did not realize that the answer to his question stood before him: “I am the way, the truth, and the life: no man cometh unto the Father, but by me” (John 14:6). Ellicott’s Commentary for English Readers say; “I am the way.–the pronoun is emphatic. “I, and none besides Me.” “The way” is again made prominent, reversing the order which Thomas had used. He and He only is the means through which men can approach to the Father.”( http://biblehub.com/john/14-6.htm)

Truth divides! Peace and serenity are oftentimes bothered when the truth prevails as it divides the followers of Jesus from the disobedient. It divides when the rejection of truth is made while it also unites when TRUTH is accepted. It divides the “truth-seekers” from the “blinds” who often times are the majority. It frees mankind from the darkness after knowing and following the truth. Matthew Henry Commentary says; “Christ has dealt fairly and faithfully with us, in telling us the worst we can meet with his service; and he would have us deal so with ourselves, in sitting down and counting the cost. Persecutors are worse than beasts, in that they prey upon those of their own kind. The strongest bonds of love and duty, have often been broken through from enmity against Christ. Sufferings from friends and relations are very grievous; nothing cuts more. It appears plainly, that all who will live godly in Christ Jesus must suffer persecution; and we must expect to enter into the kingdom of God through many tribulations” (http://biblehub.com/matthew/10-34.htm)

Why will truth hurt? Is it not for Christians’ advantage to know the truth and be free from blindly following a wrong concept? Hebrews 4:12 says; “For the word of God is alive and active. Sharper than any double-edged sword, it penetrates even to dividing soul and spirit, joints and marrow; it judges the thoughts and attitudes of the heart”(NIV). One thing for sure that I can say; “Whenever the word of God is preached purely for a man to be guided well and avoid sin, it will always create division because there are those who believe and would not believe.” But one thing for sure, there is NO LIE in TRUTH!