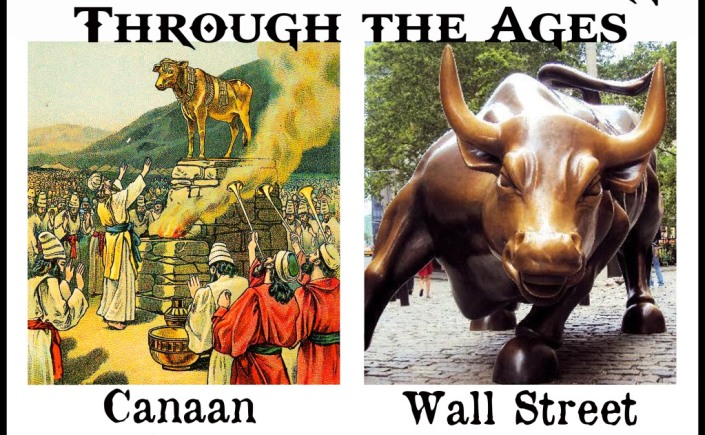 We people practice some concepts adopted from the apostate church of Rome not knowing it is an abomination to God. Looking at the Bible, there is no excuse that our ignorance is used as justification. However, even with our ignorance, when told about it by God’s word, our attitude must be willing to change and follow what is right and do what is acceptable to God. Justifying their acts and practices even make God mad.

What is “Abomination?” The dictionary defines it as anything abominable; anything greatly disliked or abhorred. It also means an intense aversion or loathing; detestation; vile, shameful or detestable action (http://www.dictionary.com/browse/abomination). One that God does not like since the beginning is for a man to have any other gods before Him. Idolatrous attitudes and practices need not be explicitly religious in the sense of being directed toward a defined god. Anything that we love more than God Himself should be considered an idol. It does not necessarily mean a graven image made by hands. If we love our jobs more than God, our friends, family, culture, concept and other material things we possess is an idolatry.

We have to understand that in the New Testament the term idolatry is used to designate covetousness which says in Luke 16:13;  “No servant can serve two masters; for either he will hate the one and love the other, or else he will be devoted to one and despise the other. You cannot serve God and wealth.” The point of our discussion is the love we should have to our God cannot be equally compared to anyone or anything. Idolatry can be more subtle according to Douglas Wilson. “It can be without images. The apostle Paul tells us in an aside that covetousness is idolatry (Col. 3:5). This means that the objects of a man’s covetous desire have come to occupy the place of devotion in his heart that only God should occupy. And given the nature of covetousness, we can see that idolatry can extend to anything — if your neighbor can have it instead of you, you can covet it (Ex. 20:17). And when you do, that’s idolatry.” (ttps://dougwils.com/s16-theology/four-kinds-of-idolatry.html)

In another instance, Jesus makes that point implicitly in Luke 14:26, when He rejects any who love their family members more than Him. Look at the Old Testament where God got mad as he said in 1Samuel 2:29; “Why do you kick at My sacrifice and at My offering which I have commanded in My dwelling, and honor your sons above Me, by making yourselves fat with the choicest of every offering of My people Israel?” Adam Clarke’s Commentary says; “they disdained to take the part allowed by law; and would take for themselves what part they are pleased, and as much as they are pleased, thus they kicked at the sacrifices (Vol 2. p.214). This could mean, “they kicked it without value” or “disregarded it without importance” that God got mad at them.

Apostle Paul identified some individuals whose god was “their belly” (Phil. 3:19). Their appetites were so consuming that the Apostle viewed them as worshipping their stomachs. He described the origin of idolatry in Romans 1:21-25: men forsook God and sank into ignorance and moral corruption. In Chapter 1:28, it says; “Furthermore, just as they did not think it worthwhile to retain the knowledge of God, so God gave them over to a depraved mind, so that they do what ought not to be done.”

One thought on “God hates Idolatry”