In the 19th century, the emergence of Theological Liberalism in America can be traced in New England with the rise of Universalist and Unitarian apostasies. Liberalism was championed by well-known American individuals like Ralph Waldo Emerson, Horace Bushnell, Washington Gladden, Henry Ward Beecher and more recently by Harry Emerson Fosdick (Hobard E. Freeman “Every Wind of Doctrine”).

In Biblical Christianity, they converted from liberalism to modernism. They started denying the inerrancy of the Holy Scriptures. They do not agree that the Scriptures is all true and declares emphatically that God commits an error than believing that “it is impossible for God to lie” (Heb. 6:18, NASB). Paul speaks of the “God who does not lie” (Titus 1:2, NIV). He is a God who, even if we are faithless, “He remains faithful; He cannot deny Himself” (2 Tim. 2:13, NKJV). God is the truth (see John 14:6), and so is His Word. Jesus said to the Father, “Your word is truth” (John 17:17, NKJV). The psalmist exclaimed, “The entirety of Your word is truth” (Ps. 119:160, NKJV) (Norman Geisler, “the Inerrancy of the Bible). That is the reason why they fail because the Holy Scriptures is not the basis of their authority.

They deny hell and eternal punishment. They said; there are several major issues to the problem of Hell. The first is whether the existence of Hell is compatible with justice. The second is whether it is compatible with God’s mercy, especially as articulated in Christianity. A third issue, particular to Christianity, is whether Hell is actually populated, or if God will ultimately restore all immortal souls (universal reconciliation) in the World to Come.

Assuming the suffering of Hell is something God could have prevented. The discussion regarding the problem of evil may thus also be of interest for the problem of Hell. The problem of Hell can be viewed as the worst and most intractable instance of the problem of evil (Kvanvig, Jonathan L. (1994). The Problem of Hell). The real picture they are trying to show here is they cannot accept that they should be accountable to the pattern given to us by God, revealed by Jesus for us mankind to follow. Plain and simple – disobedience is the problem.

They substitute for the New Testament message of repentance and salvation from sin through faith in Christ a Humanistic Social Gospel of reformation and social improvement. The Humanistic Social Gospel is a progressive concept of ease and comfort. It boils down to the idea “what pleases me is great!” salvation no longer go with rules to be respected and obeyed but an aim that “all” can have in the later times. Tommy Douglas described “Social Gospel” by saying that “the Social Gospel was equally a secularizing force in its readiness to adopt such contemporary ideas as liberal progressivism, reform Darwinism, biblical criticism and philosophical idealism as vehicles for its message of social salvation. It developed, however, a distinctive spirituality elevating social involvement to a religious significance expressed in prayers, hymns, poems and novels of “social awakening.”

If the authority of the Bible is questioned and Salvation is achieved with ease and comfort – an organizational concept of “Everybody happy program” then we certainly have deviated from the original truth that Jesus showed to his followers. This is contrary to the words of Jesus! One has to remember, we will be judged by His word as Jesus said; “There is a judge for the one who rejects me and does not accept my words; the very words I have spoken will condemn them at the last day” John 12:48 (NIV). We will be in great danger if we go our way and not His way. John 15:3-5 says “You are already clean because of the word I have spoken to you. Remain in Me, and I will remain in you. Just as no branch can bear fruit by itself unless it remains in the vine, neither can you bear fruit unless you remain in Me. I am the vine and you are the branches. The one who remains in Me, and I in him, will bear much fruit. For apart from Me you can do nothing.…”(Berean Study Bible)

The hardheadedness of man – wanting to be free and do their own way is the cause of the disaster. There are more reasons to give but the root cause of departure from God’s teaching is the clamor for freedom, ease, and comfort. At the end, those who disobey are the losers in the call for the heavenly promise. 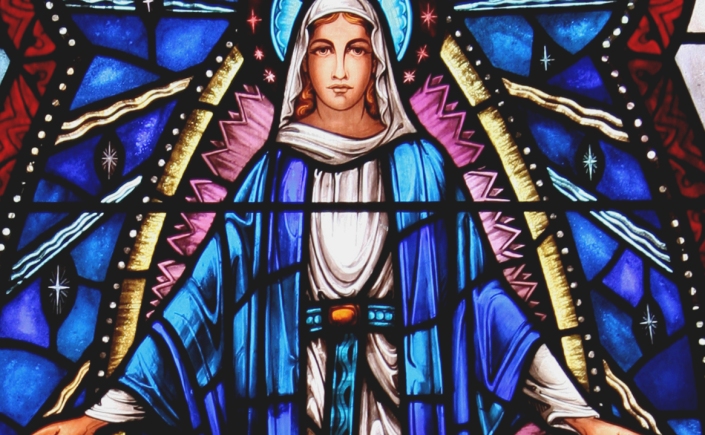 First, we must realize that those who do not like the “Biblical Church” are many and the enemy attempts to destroy the Lord’s Church image are constant. Secondly, many would rather go to a church where their “comfort and ease” are given importance and one cannot see that in the TRUE Church of our Lord Jesus. Third, when “Biblical Rules” are to be implemented, all sorts of accusation were made to destroy its image rather than respecting and obeying God’s command. On and on we can talk about peoples’ complaints about the workings of the church but this author would prefer to clarify why people refer to the Lord’s Church a cult.

A definition given as this author search google its meaning says; “a system of religious veneration and devotion directed toward a particular figure or object. It is also defined “A relatively small group of people having religious beliefs or practices regarded by others as strange or sinister – like “a network of Satan-worshiping cults or religious cults.” And another definition says; “a misplaced or excessive admiration for a particular person or thing.”

The Church of Christ is a church established and founded by Christ. Those who are followers of Christ are called Christians having the great hope of promise for eternal life. Its creeds and doctrine are all from the Bible – nothing more nothing less. Christians speak where the Bible speaks and are silent where the Bible is silent. By principle, Christians practice activities that are in consonance with the Biblical teaching when there are no specific command or information that is offered. Life must be wholesome fitting to what God wants us to have – by faith and by works. They say, Christians are a cult because they abide in one person Jesus Christ whom the only one considered as Savior who delivered hope to mankind. All teaching must come from Him and all lives of people must abide in His teaching for you to be called a TRUE follower of Christ. Since cult is usually marked by a very strong, centralized authority, and since the Christians go back to the Bible as authority, is also considered a cult.

Cult if they say Christians are because they are not free to sin and encouraged to live holy after they have received our Lord Jesus through baptism. They should walk in the “newness of life” (Romans 6:4). Others charged the Christians as a cult because they are “overly aggressive” in spreading the Gospel. It is not wrong to be overly aggressive because “Salvation is at hand and must be received before it is everlasting too late” (2 Corinthians 6:2). However, Christians still go with the principle taught in 1 Peter 3:15-16 that says; “but in your hearts sanctify Christ as Lord. Always be ready to make your defense to anyone who demands from you an accounting for the hope that is in you, yet does it with gentleness and reverence. Keep your conscience clear, so that, when you are maligned, those who abuse you for your good conduct in Christ may be put to shame” (NRSV). It is worth noting that an overseer or elders of the church are to be “respectable, hospitable…not violent but gentle, not quarrelsome…He must also have a good reputation with outsiders…”  It’s hard to imagine someone who is obnoxious or forceful with non-Christians meeting these qualifications. In fact, all Christians are called “to be peaceable and considerate, and to show true humility toward all men.” (https://www.rationalchristianity.net/xian_cult.html)

Is Christianity a cult then? If we understand Jesus teaching and see the value of it, only people against Christianity calls Christians as a cult. Those who go against the teaching of Christ are the ones who “apostatized” which term means “what is not.” It denies the authority of Christ and the Scriptures. They shy away from anything firmly believed, other than the right to believe what you wish.

So, is the Church of Christ a cult? The answer is absolutely NOT. It does not force people to follow (right or wrong) but leads people to live a righteous life pleasing to God (2 Timothy 3:16). It touches the heart for a man to willingly obey with sincerity. It guides the minds of man to see God’s direction ( Psalms 119:105) by using it as a light. Christ’s Church goes with reason (1 Peter 3:15-16) and the cult does not. Cults have blind followers while the church can see the truthfulness of Jesus (John 14:6; John 1:1) who gives life and a way to the Father.

Why call the Church of Christ a cult? Critics want to build it this way to avoid people from knowing the “TRUE way” and that they continue to be blind. It is a work of Satan a long time ago that he has sown seeds that cause prejudicial attitude toward the “True Church.” In order for a man to continue in his own “worldly freedom,” he must destroy the truth and make his false teaching look true and acceptable. Proverbs 14:12 says; “There is a way that seems right to a man, But its end is the way of death.” (NKJV) “Be of sober spirit, be on the alert. Your adversary, the devil, prowls around like a roaring lion, seeking someone to devour” (1 Peter 5:8) NASV.

Those that are seeking for the TRUTH and had been wanting guidance, I encourage you to contact us for answers your questions and queries on matters regarding your salvation.